The Siberian is a breed of cats that was formed naturally several hundreds of years ago in Siberia. It made its way to America in the 1990s, it is recognized by the World Federation of Cats in 1992 , by the FIFE in 1997 and by TICA(according to its own standards) in 1998.
The Siberian cat is known for its robustness. With a playful attitude and friendly temperament, it is the perfect family cat. It has the reputation of being “dog-cat”. It soon gets to know the routine of the house and will be more than happy to let you know if the routine has changed! It is loyal and affectionate.
It reaches full maturity around the age of 5 years. Females weigh up to 12 lb, males up to 16 lb. 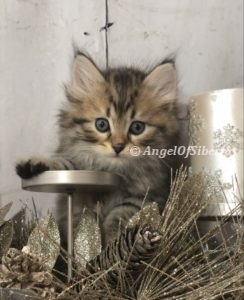 BLUE TABBY CLASSIC –  blueish/gray, darker than silver, can be with white

BROWN TABBY –  the most common color, goes from deep brown to  almost golden, can be with white

TORBIE  – tortoiseshells with tabby and have red in them 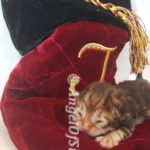 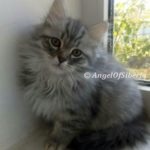 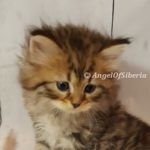 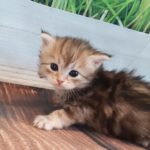 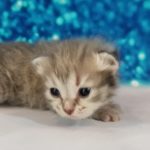 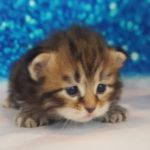